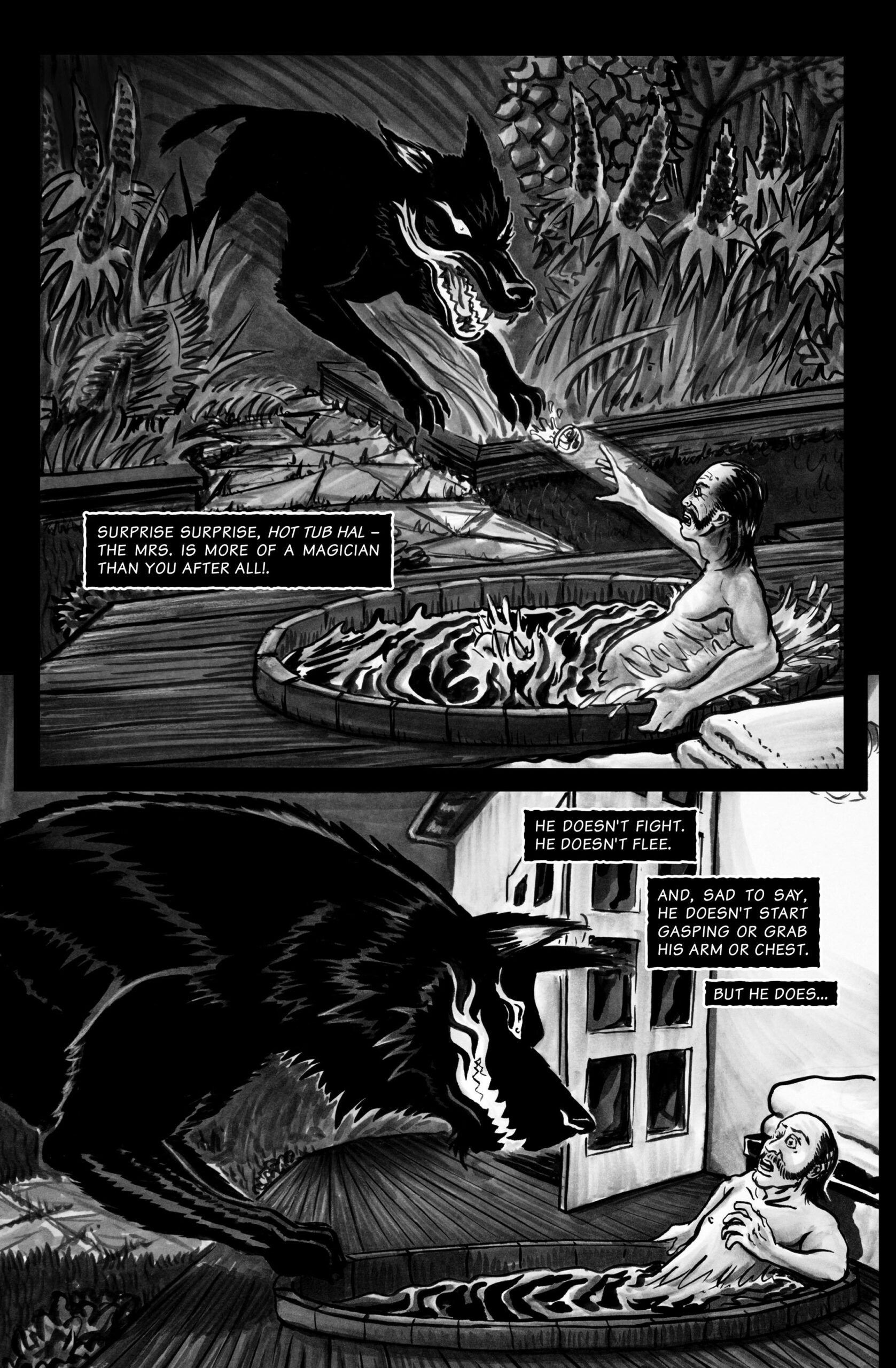 Akaz, the friendly demon-wolf narrator of this tale, is a recurring character in the Weird Luck Saga. He plays a major role in Andrew's City of the Watcher trilogy (currently out of print, but soon to be re-released in new editions).

Back in the 1920s, H.P. Lovecraft wrote a short horror story called "The Hound," in which a pair of grave-robbers steal an ancient amulet from a tomb, and are subsequently hunted by some sort of monstrous otherworldly hound-like being.

Several years ago, Andrew wrote a short story called "I, the Hound," which is a re-telling of Lovecraft's "The Hound" from the point of view of the monster. And the monster, in Andrew's version of the story, is Akaz himself––who's quite annoyed that the removal of the ancient amulet from its resting place has summoned him to Earth.

So "Coked Out Demon Worshippers" is, in a way, a sequel to "I, the Hound": once again, poor Akaz gets disturbed and dragged to Earth against his will, thanks to a couple of bumbling humans messing around with eldritch occult stuff that's way over their heads, and once again we get the story in Akaz's own words as he grumpily goes about dealing with the situation in his characteristic messy style.

So, yeah, this involuntarily-summoned-to-Earth thing is a recurring problem for ol' Akaz. Because even fire-breathing demon-wolves can be afflicted with Weird Luck. 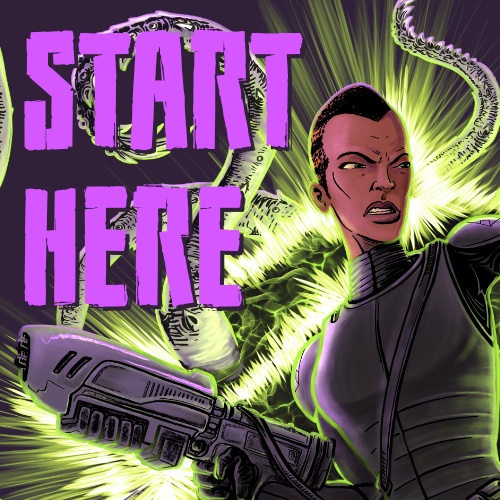